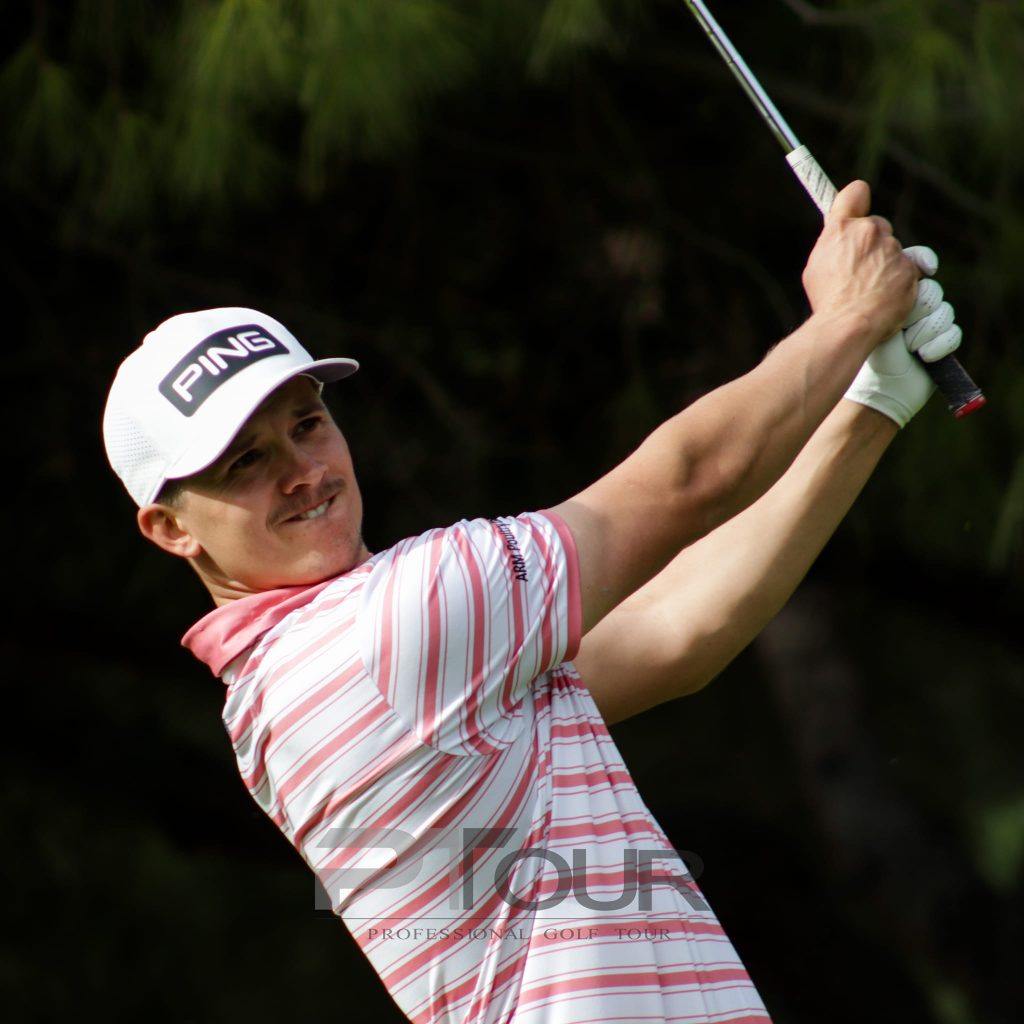 Jordan Wrisdale finished the first swing on Portugal Tour with a convincing back-to-back wins, in the Dom Pedro Victoria Open and the Dom Pedro Pinhal Open.

Wrisdale, who is a “DP World Tour” member, showed his class, firstly in the Dom Pedro Victoria Open where he shot an impressive 3 round total of 10 under par with rounds of 67,70 and 69 in testing conditions, finishing 4 shots clear of Jonathan “Jigger” Thomson, with Tom Spreadborough in third place on 4 under par.

He then followed that triumph with another, winning the Dom Pedro Pinhal Open, scoring a 6 under par with rounds of 72,70 and 68, to bit the second-round leader, Craig Lawrie, by a single shot, with local hero Hugo Santos, in third place on level par.

Both the Dom Pedro Victoria and Pinhal courses were presented in superb condition and the hospitality shown towards the players and Portugal Tour organisers, was first class.

“It is so exciting to return to Portugal and begin the 2021 / 2022 season, with the first of seven swings, each comprising 2 tournaments, taking in some of the best courses in the Algarve and to welcome players from many different countries” Gary Harries, PT Tour Director.

PT Tour is looking forward to welcoming players on the 4th of December for Swing 2, played over the Pinheiros Altos and San Lorenzo courses, both tournaments again with guaranteed prize funds of 10,000.00€ each.